First up is the old model of the new shoes I got. That’s a mouthful, so to clarify, here are the Hyper Speed 3s that I still have. You might notice there is a bit of the shoe missing at the heel. I trimmed them down to stop them from affecting my achilles tendon. I found that trying to run with a forefoot strike aggravated the tendon, so cutting down the back of the shoes helped 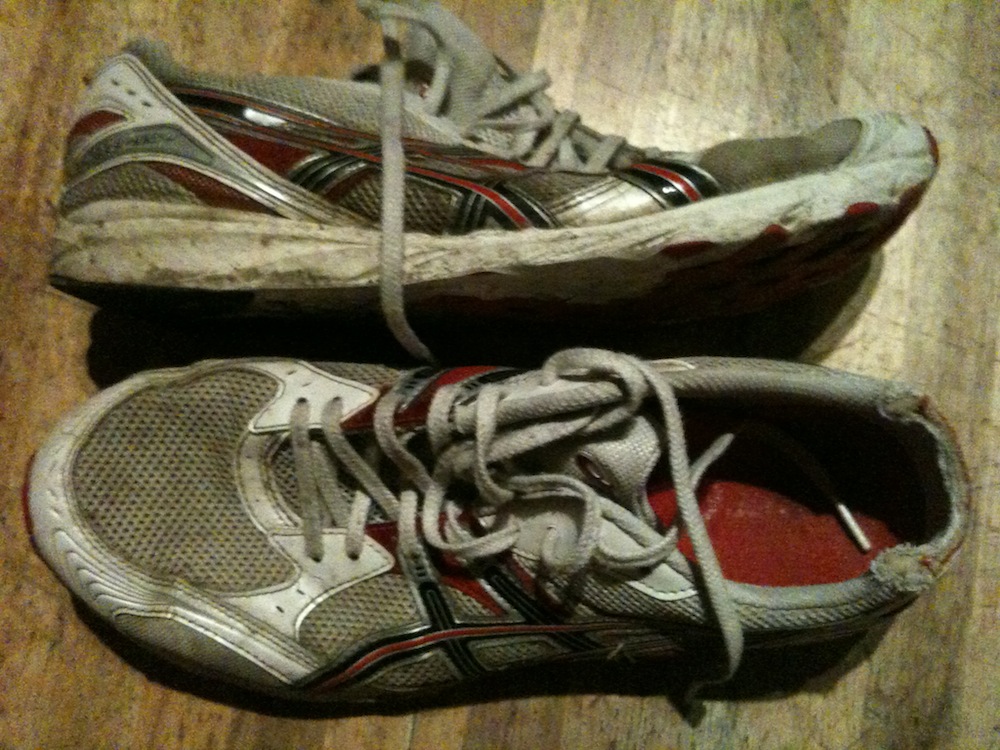 This shows the wear pattern on the bottom of the shoes. I’ve worn through almost all of the rubber outsole. You can also see some small stones in the fantastic stone catching holes. 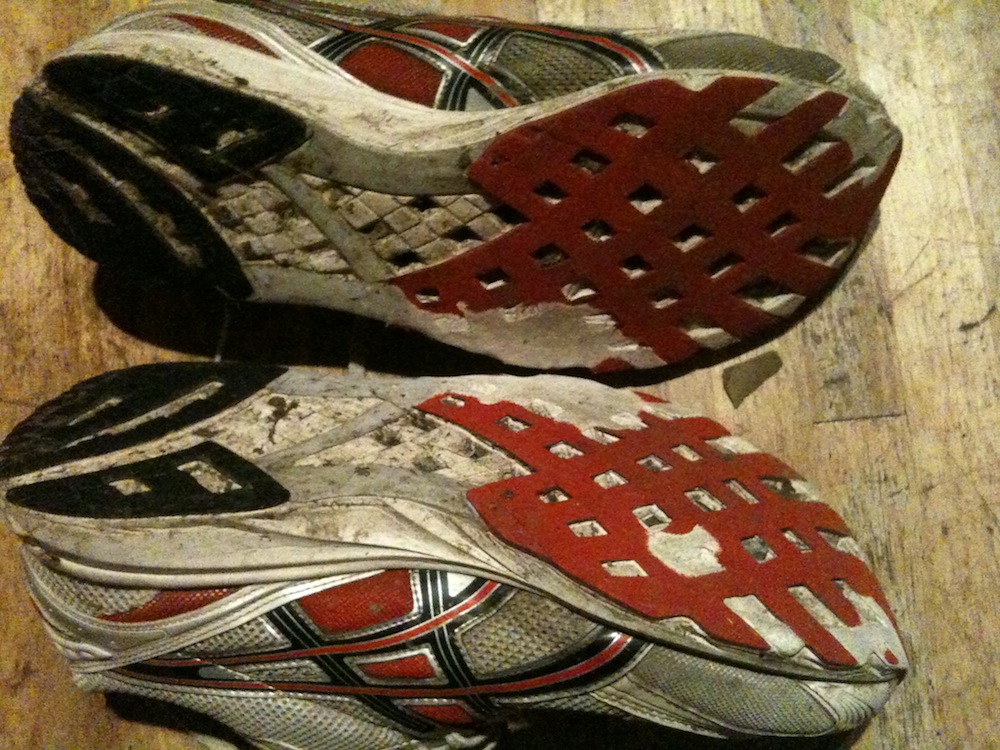 Next up are my Innov-8 baregrip 200s. I got these to run in RunAMuck but they arrived too late. Since then, I’ve used them for everything from cross country races, hiking up Croagh Patrick and Lugnaquilla, off road runs and long Sunday runs. I’ve put a pair of insoles in to them from an old pair of Sauconys that I threw out a while ago. I did this to help with some of the track and road running that I was doing during Sunday runs 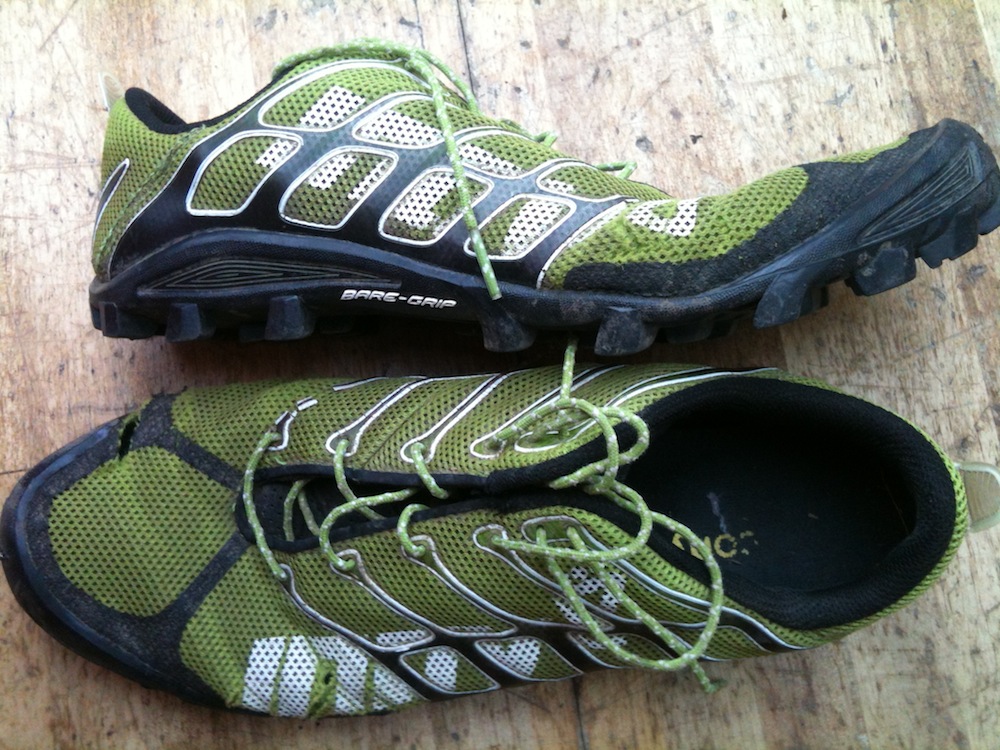 I thought I’d wear through the lugs pretty quickly but they’ve held up really well. The upper on the other hand hasn’t. The crease line at my big toe on both shoes has burst and split 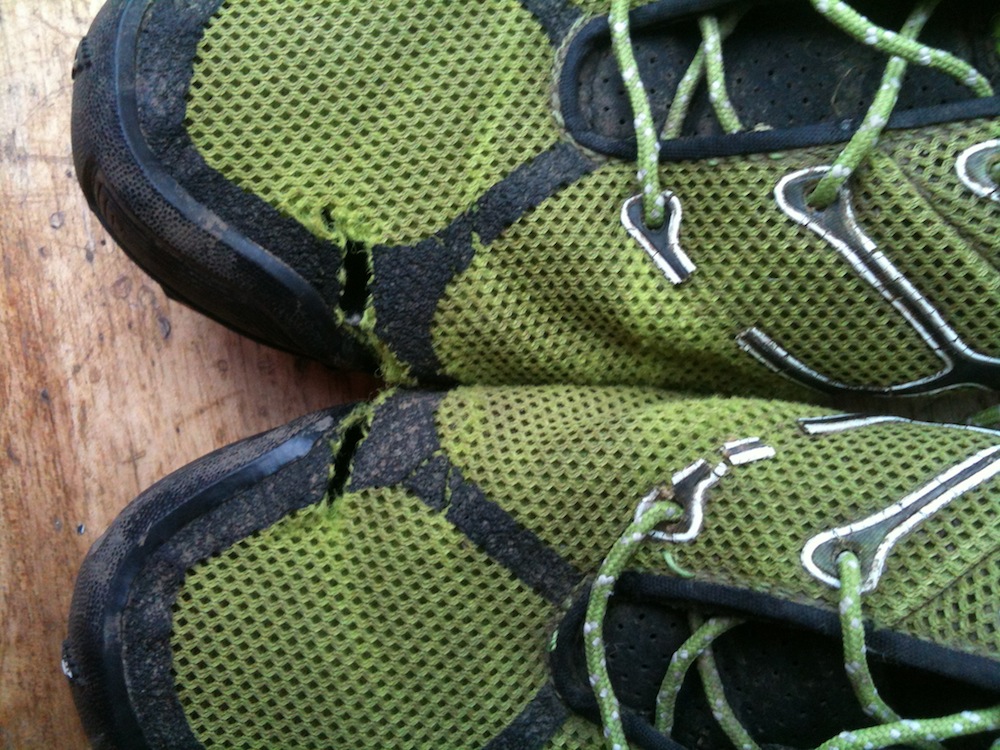 Also the outside of one foot has worn away a little too. I’m not sure if this is from not washing them after runs or what but this is my only complaint about them. The soles are still in great condition and the rubber still has the same sticky feel as when I got them. It’s a strange feeling and noise when running across tarmac or concrete. It’s like peeling a plaster off! 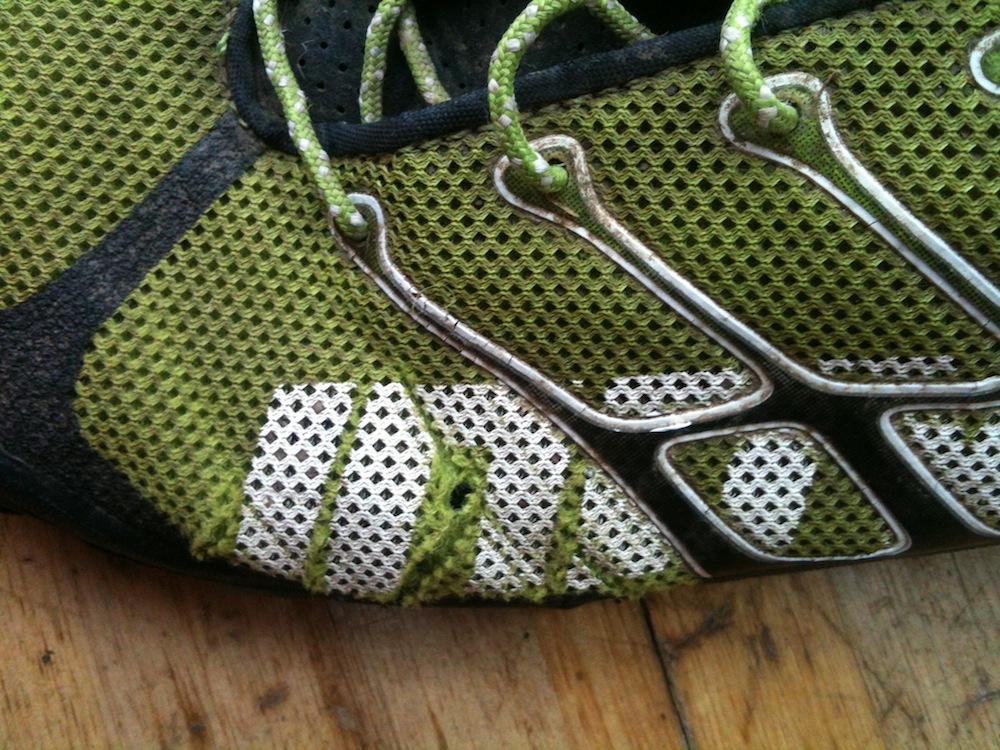