The running club go on a trip away every year. This year it was to Berlin. I’d never been to Berlin before so I was determined I was going to go. There was one small problem though. The Junior Championship. After screwing up against Templeport, we had one last chance in a play off against Arva. The match was set for the Friday evening of the club trip. The rest of the club were going out on Friday morning but I managed to get my flights changed to Saturday morning.

We won the match on Friday to put us into the quarter finals so I was starting off in a great mood. I got to the hotel in Alexander Platz while everyone else was still off at a 10k race on the outskirts of the city. They weren’t going to be back for an hour or more so I decided to head off on a 10k of my own. A sightseeing tour of Berlin at my own pace. I headed away from Alexander Platz towards the Brandenburg Gate. 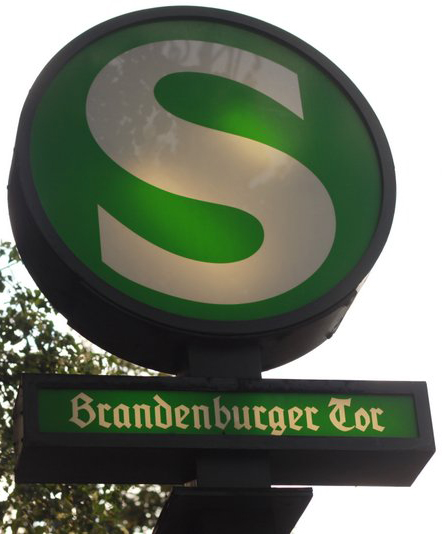 From there I went through the Tiergarten Park and back again along the other side of the road. On the way back I met up with a parade of motorbikers. They ended their parade at Alexander Platz and they were still there when I got back and had a shower.

I met the others when they got back and we headed off for some food and beers.

I had to have one of the litre steins while some of the other lads decided on lemonade shandies. Myself and Louise ordered some food and picked the first things on the menu. Louise got a sort of macaroni and cheese and I got a boiled sausage with a pretzel. 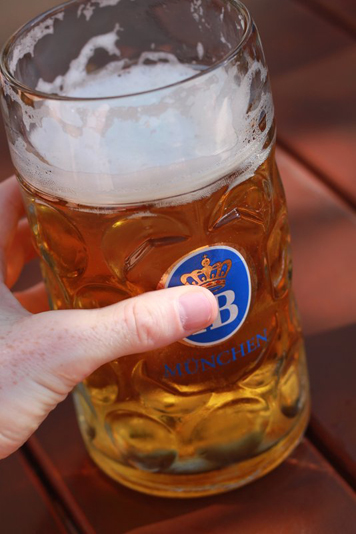 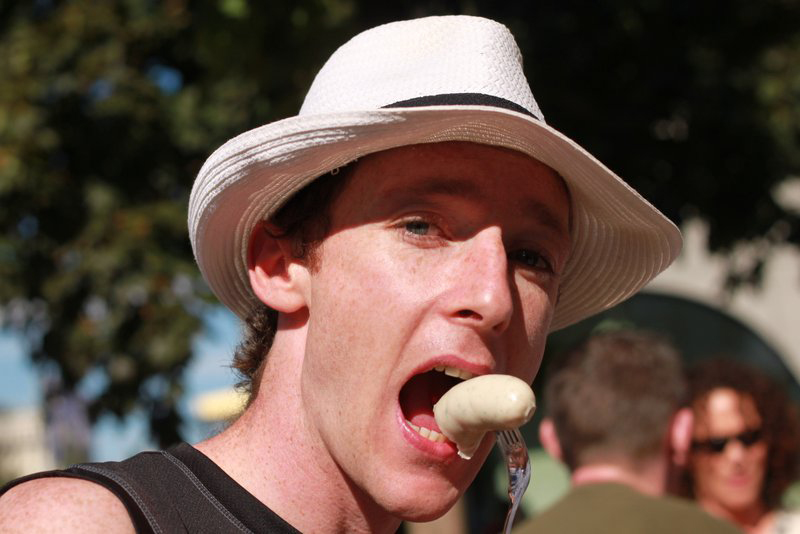 When everyone was fed and watered, the tourists among us went off on a walking tour of the city ably led by Ger. We went to the Brandenburg Gate, the Jewish memorial and Checkpoint Charlie to name a few places. 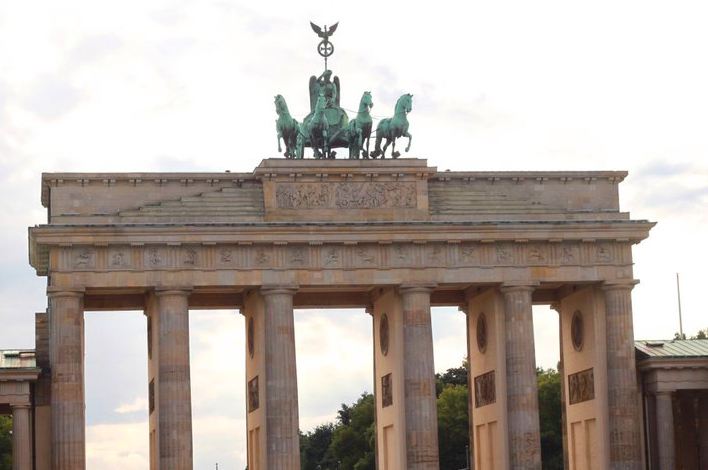 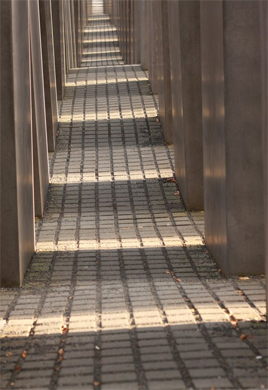 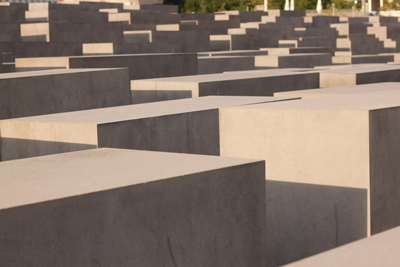 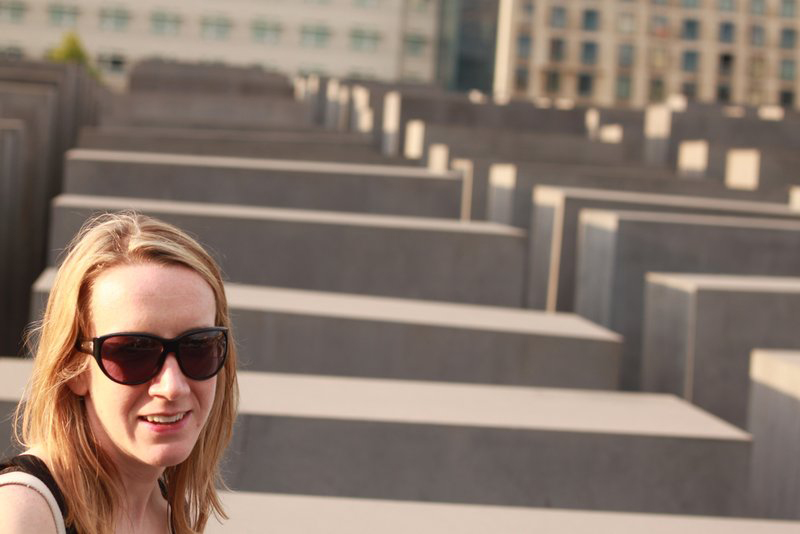 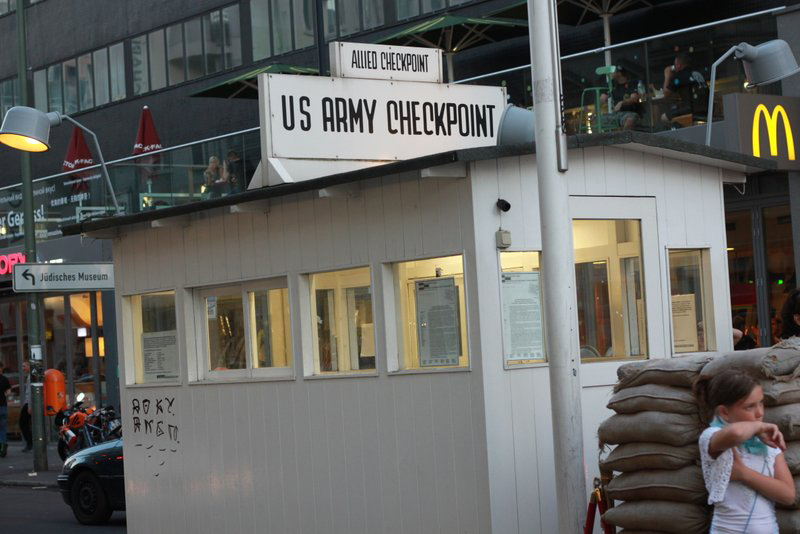 Then it was time to go back and get changed for a night on the tiles. We met up in a beer garden before a few of us decided that it was time to get some pizza to hold the hunger pangs at bay. There’s only so much sausage you can eat in one day. We ended the night in a jazz/swing bar which reminded me very much of an Irish wedding. It started with a live band, then some DJ, then more live band and finishing up with all the old rock favourites from the DJ. I made some very sweaty plans with Bren to go for a run in the morning.

We met everyone else for coffee and a second breakfast and decided to go off on a bus tour for the afternoon. Bus tours are great, you can see the city without having to walk everywhere (very handy after a late night), if you want to see more of something, you can hop off and back on again later and if you’re not interested in something, it’ll be gone in a minute anyway. 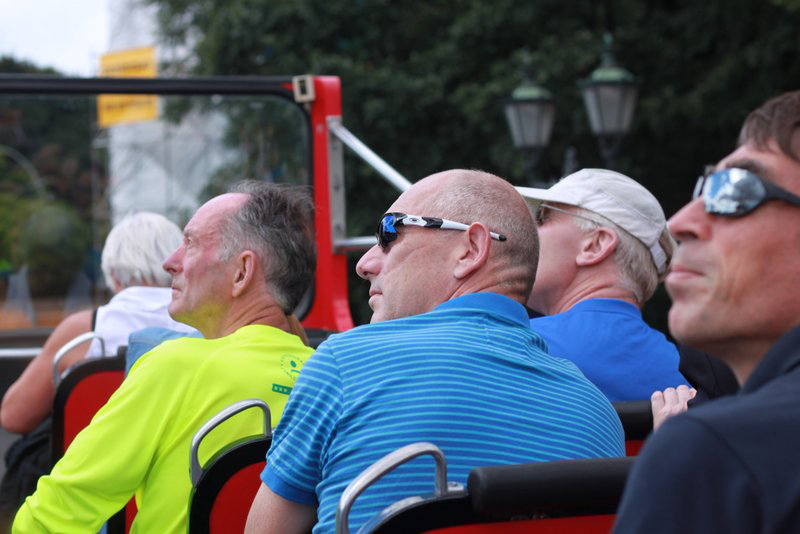 We saw the Parliament buildings and its massive flags. 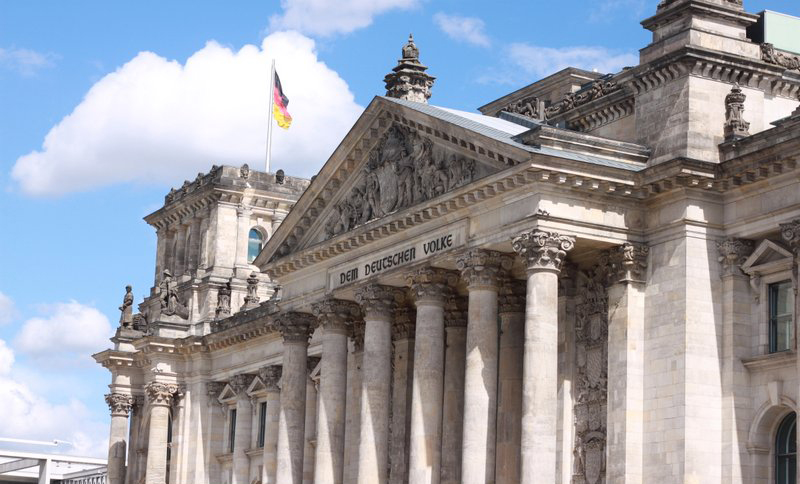 We got off at half way and went for some coffee and nachos to keep us awake and ran into the end of a bike race that had been taking place around closed streets. Not something you expect to see in a busy city.

On our way back we stopped at the Topography of Terror which charted the rise and fall of the Nazi regime in Germany and Europe. It was unnerving to see photos of the camp guards out enjoying themselves in the hills and mountains while knowing what went on where they worked. It was well worth going to but there was so much information to take in that we had to rush around it a little. 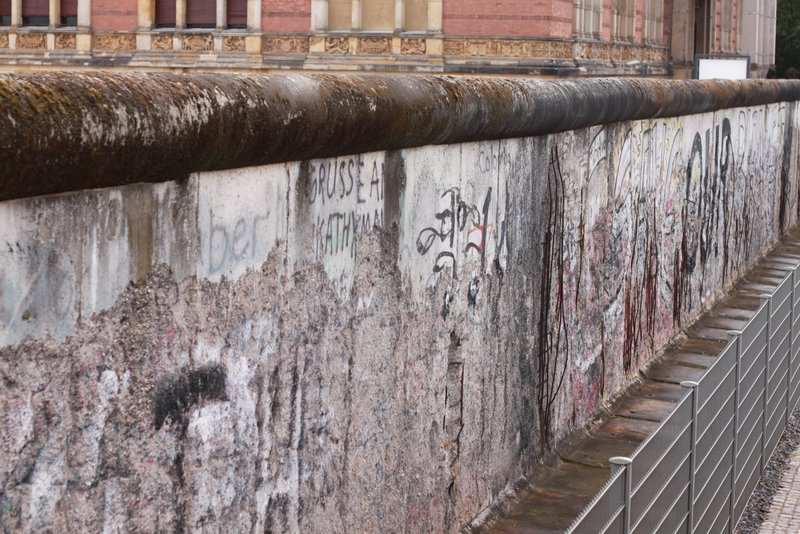 There were some very dodgy looking lads in hats hanging around as well. I wouldn’t trust these lads at all! :) 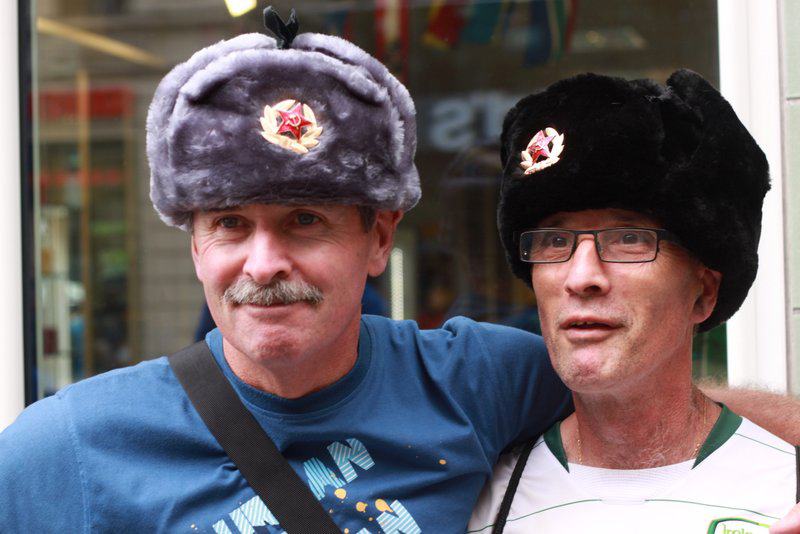 It was getting close to leaving time and after a quick noodle dinner in the train station we were on the train and heading back to the airport.

It was a very enjoyable short trip but Monday was spent in a little bit of a daze after the flight was delayed and we got home close to 1am.