Yesterday was the latest club race, the Avondale Cup, around the 15 acres in the Phoenix Park. It’s an open handicap race so everyone is set off at different times according to their abilities. I was given a handicap of 12:15 which saw me set off second last. Over 4 miles, this was going to be next to impossible to claw back so I decided that I would just go out and see how fast I could run. Louise was running as well and she was set off with a handicap of 2:40 and warned me not to pass her out, or else! 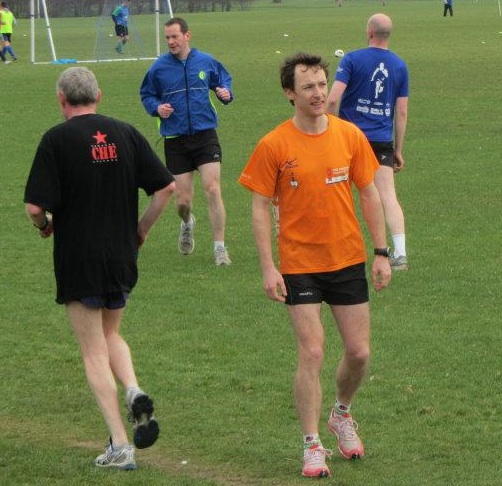 After everyone else had headed off, and Jim was on his way to finish out his first lap, I was let go. I knew I had to go out hard as I only had 15 seconds on Tom O’Connor who had beaten me in the club cross country a few weeks ago. The race consisted of two and a half laps around the 15 acres and the finish line was well stocked with supporters and well wishers as we sped past. 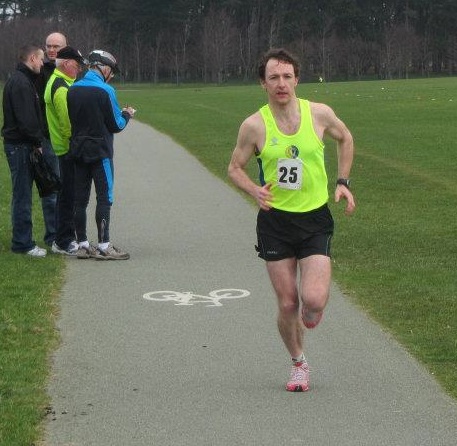 I was closing in on people all the time and trying to keep a consistent pace was a challenge given the rolling terrain on the closing third of the lap. I got through lap one in 8 and a half minutes, a full 30 seconds faster than my previous best in the duathlons.

I kept working away and I was closing in on more people as the race progressed. Onto the last half a lap and there was a large contingent of yellow singlets in my sights. I pulled out my trademark sprint over the line to catch the last two and finish in 12th place overall with the fastest time of the day, 22minutes 44 seconds. 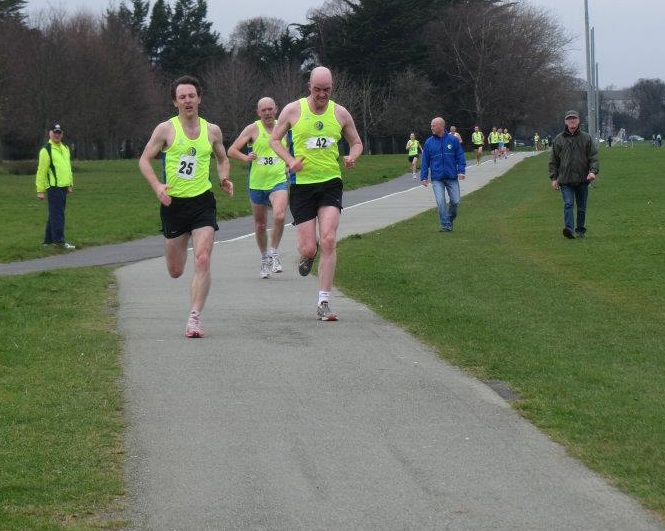 I was really happy with how I managed to run the race even if I was aiming for a slightly lower time, I wanted to be closer to 21 minutes. Louise managed to keep me at bay and finished in third place for her first club medal. She totally whopped my ass. I wish I was as fast as her. She’s quite amazing.