I’ve had this written for a few days but am only now getting around to posting it. The race was on Sunday 26th of February.

Last Sunday was the national senior cross country club championships in Santry. Jim has been targeting this race all winter as one that we can do well in. We had an easy enough week last week in preparation for it. I had polo in Friday night and then again in limerick onsaturday night. Arriving back at the house at 1am wasn’t the best way to prepare but at least the race was in the afternoon.

I got there and found the lads warming up already. As I was getting changed, Pauline found me. She was over for the weekend and I thought she might like to see the race. I went off for a couple of warm up laps and then back for a few strides and a look at the course map. 7 laps of the course for a total of 12km, but it turned out to be a little bit short. 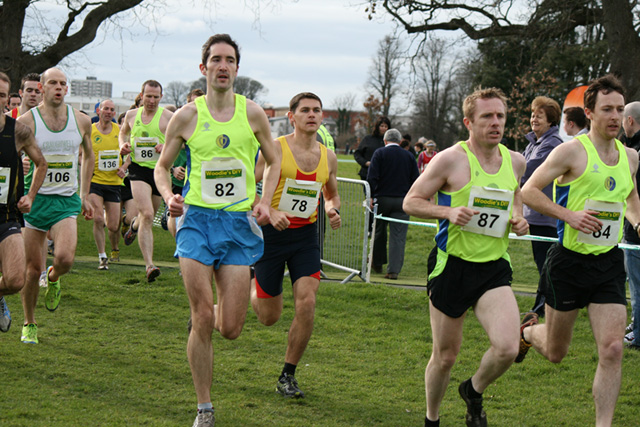 The start was delayed for a few minutes to let the women’s race finish and then we were off. I planned to go off steady and try to hold my position as the race went on. I tucked in behind Diarmaid for the first few hundred metres and then saw a ap opening up. I didn’t want to have to close it later on so I decided to try to stay with the group in front. The first couple of laps went by pretty quickly, I had it at 12minutes and change as I finished lap two. 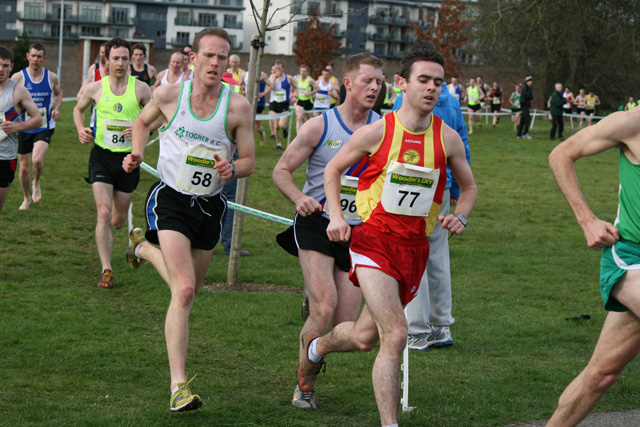 From then on it was a fight not to lose places. There were three guys about 10 metres in front of me and I kept them there as much as I could. Some people came past me but I passes as many to keep myself in the same relative position. I had a battle with one guy who came up on to my shoulder on the hill. Luckily for me he had used all his energy getting there and I could hold him off and pull away again in the flat section before the finish. 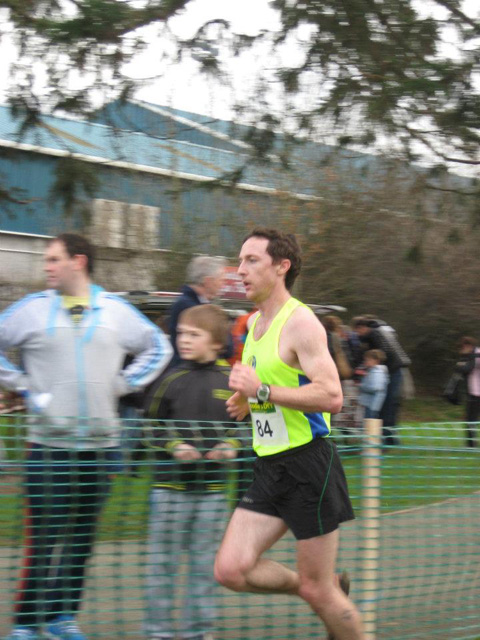 This continued until near the end of the second last lap when I was lapped by the winner. He went past as if I was standing still and I had to dig deep to not slow down more. On the last lap, I was intent on not losing any places. We’re always reminded that in cross country, every place counts for the team score so it’s important to keep battling even if you are the last man. There were a few of us together on this lap and I got passed going into the finishing chute. I almost decided then that I was spent but when I turned the last corner into the straight, I found some reserves of energy and sprinted for the line. I just about managed to pass out the guy that had just gone past me. It felt like I was throwing my feet out in front of me and trying to catch up with them.

After recovering from the finish and some back slapping, we set off on a light cool down lap. We swapped stories of where we thought was the hardest part of the course. Not one story matched so it seems that everyone has their own strengths and demons. I got changed and headed back to the car and met a couple of the lads who told me that we had won a team medal. I hurried over to the prize giving with Louise and Pauline and found a happy beaming Jim with 4 medals in his hand. We had come third in the B class. 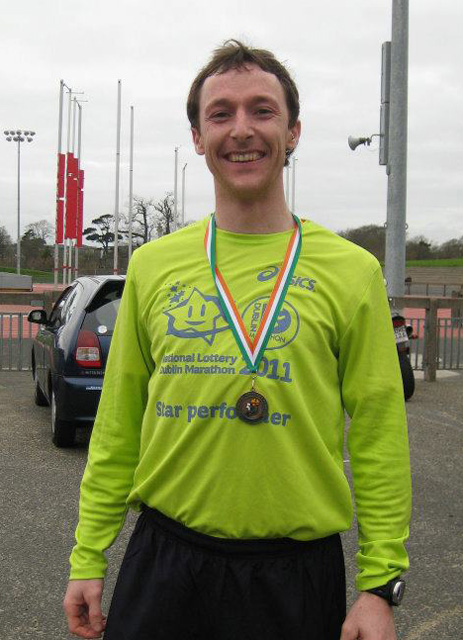